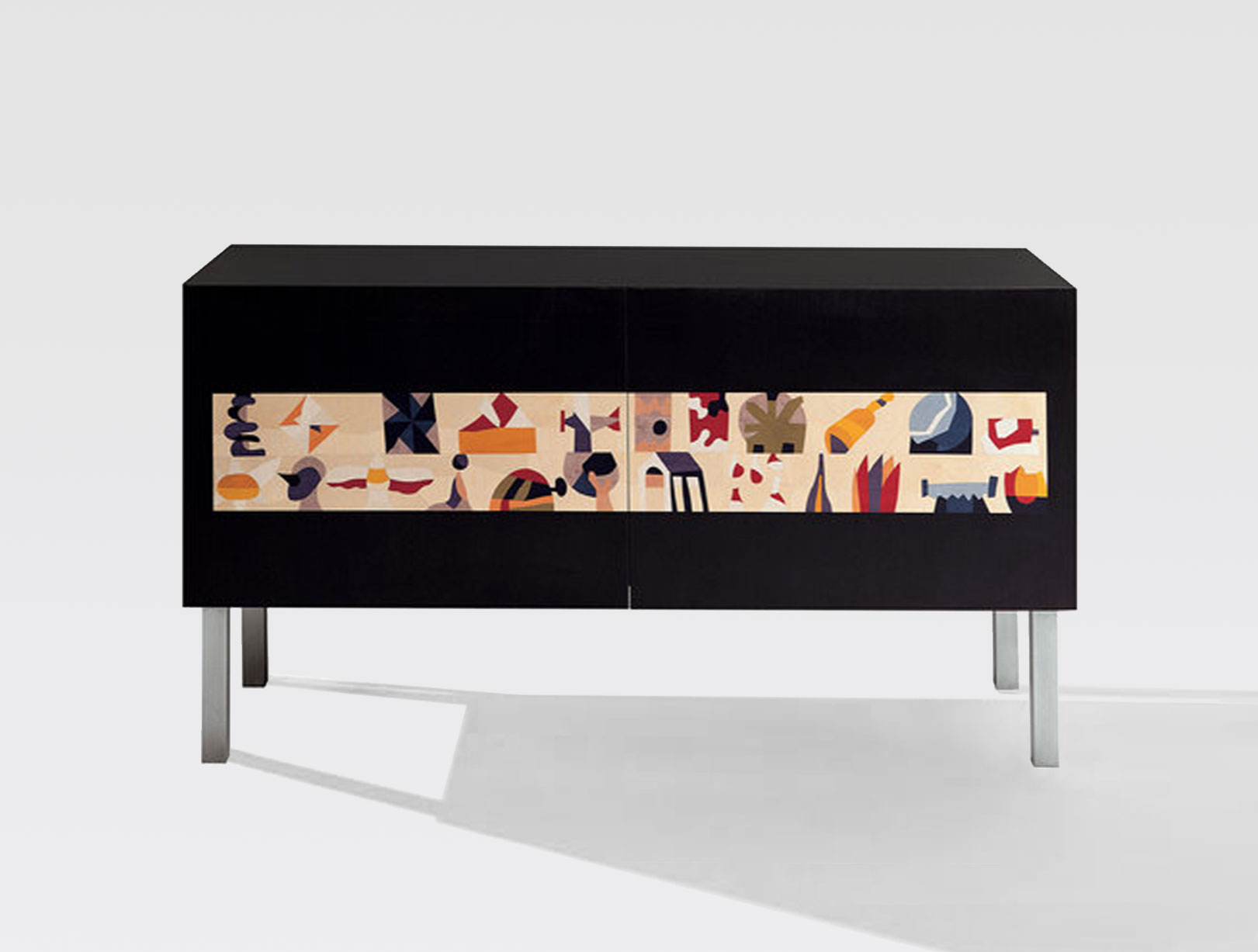 This project called “Nesporama” represents a linear sequence of brightly coloured figures, arranged on pieces that fit together like in a jigsaw puzzle within harmoniously composed chromatic fields against a black lacquered background. 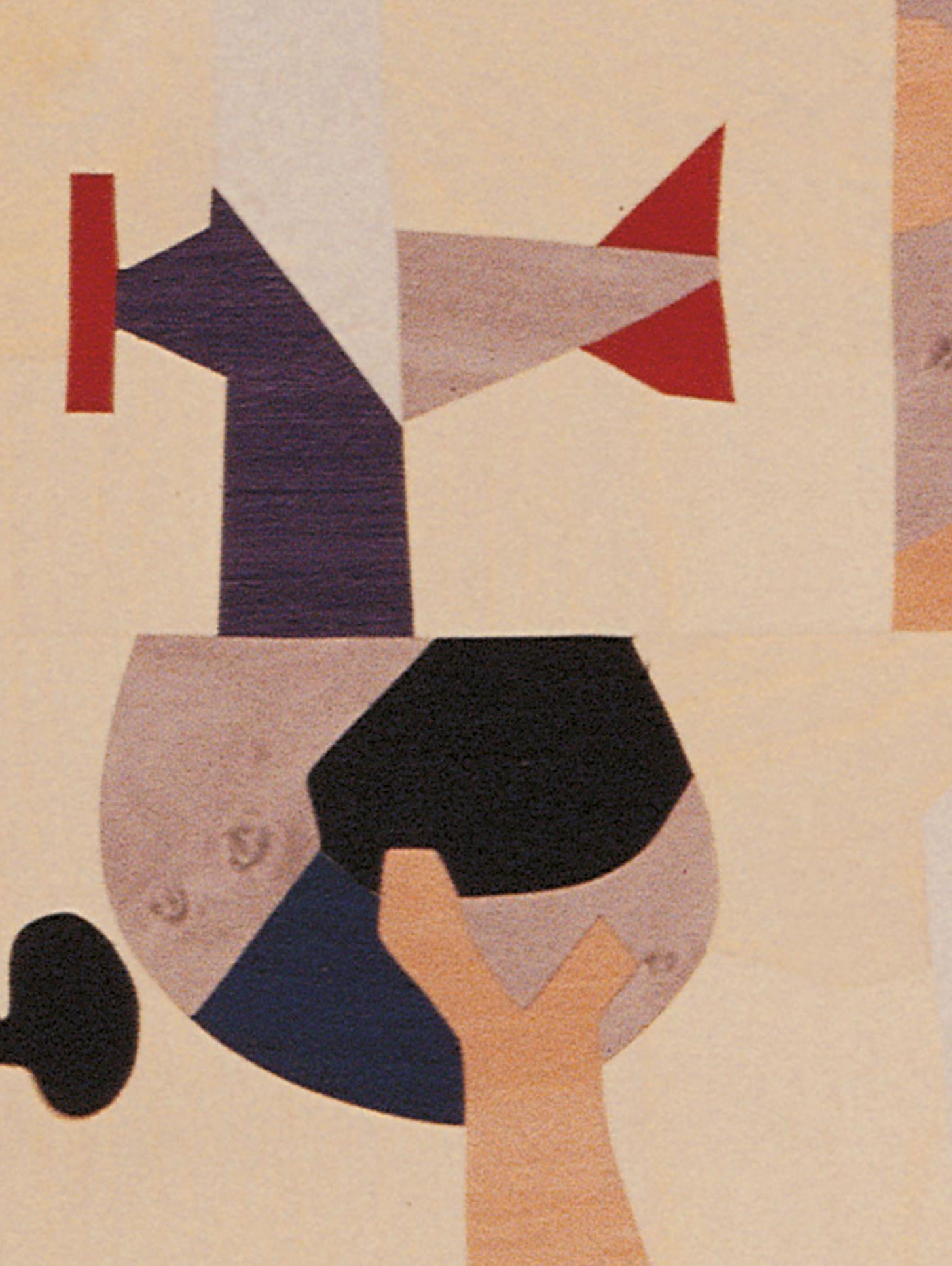 Ugo Nespolo was born in 1941 in Mosso (BI), he attended the Albertina Academy of Fine Arts in Turin and graduated in Modern Literature. In the Sixties, he moved to New York, where he was overwhelmed by the cosmopolitan life of the metropolis and was fascinated by the nascent Pop Art. At the same time, in the Seventies, he was active in the Conceptual Art and Arte Povera circles. Important is his passion for cinema that will give rise to important retrospectives dedicated to him in important foreign museums (Philadelphia, New York, London, Paris, Cologne, Beijing, Shanghai). Together with Mario Schifano, he founded the Cinema of Artists and between 1967 and 1968 made numerous films starring his friends and colleagues Enrico Baj, Michelangelo Pistoletto and Lucio Fontana. Despite the American contamination, he does not forget the teachings of the European Avant-garde; in fact, the influence of Fortunato Depero is very marked, from which he draws the concept of a playful art that pervades every aspect of daily life. The concept of art and life (which is also the title of a book published by the artist in 1998) lies at the basis of Nespolo's expressiveness and is a legacy of the Futurist movement: Manifesto for the Futurist reconstruction of the universe (1915). Hence his interest in design applied art and creative experimentation in various fields, such as advertising graphics, illustration, clothing, sets and costumes for operas. His research also ranges for materials. He works with many different supports and techniques: wood, metal, glass, ceramics, fabric, precious stones. His art is, therefore, closely linked to everyday life and loaded with conceptual contributions. In 2019 Palazzo Reale in Milan presents the exhibition “Nespolo fuori dal coro” (Nespolo, a dissenting voice). This retrospective traces the artist’s career from the Sixties to the present day, recounting his multiform evolutions.