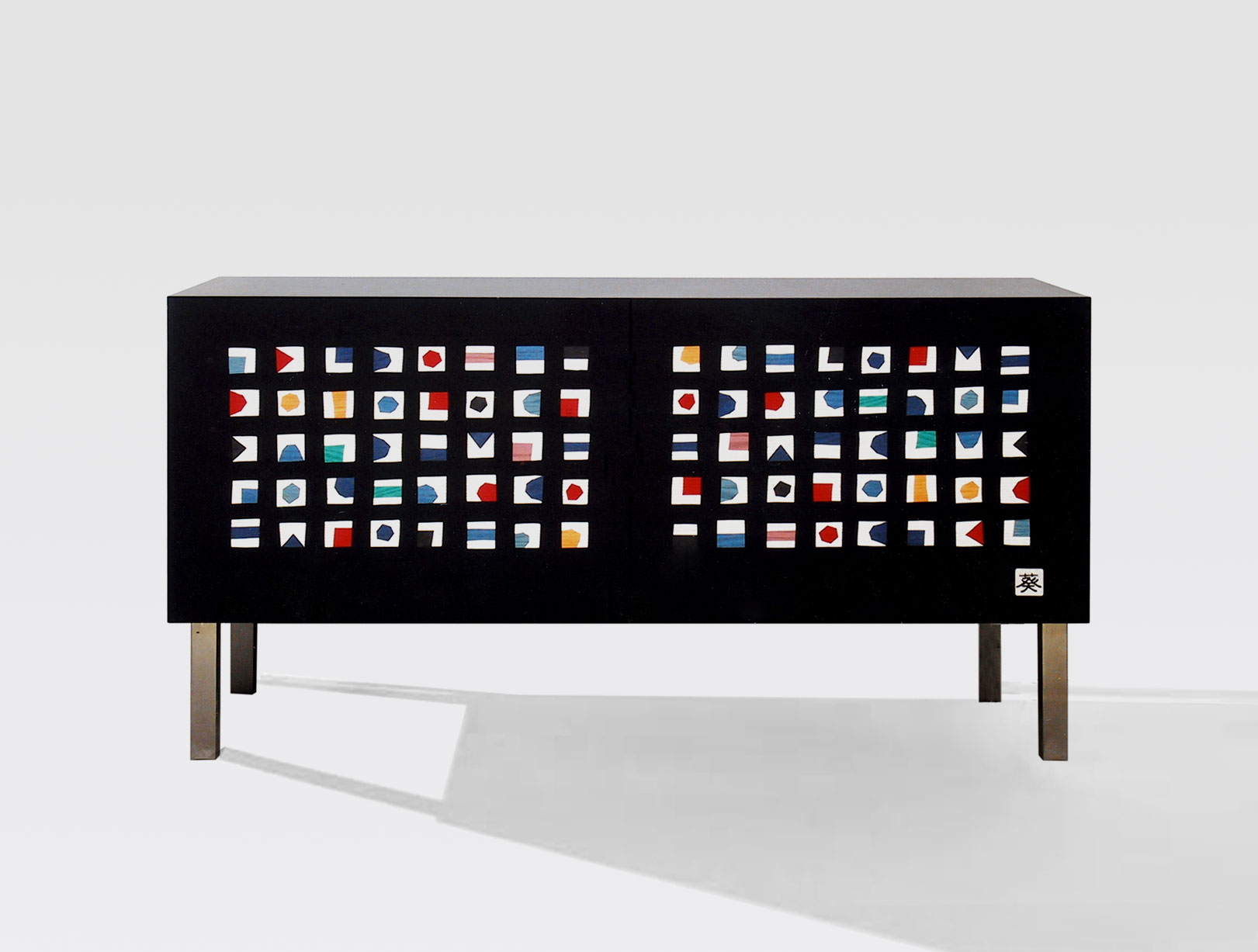 The inlay on a dark background is called “Magic squares”. According to the authoress, this inlay work represents small coloured squares looking like stars twinkling in a cheerful night. 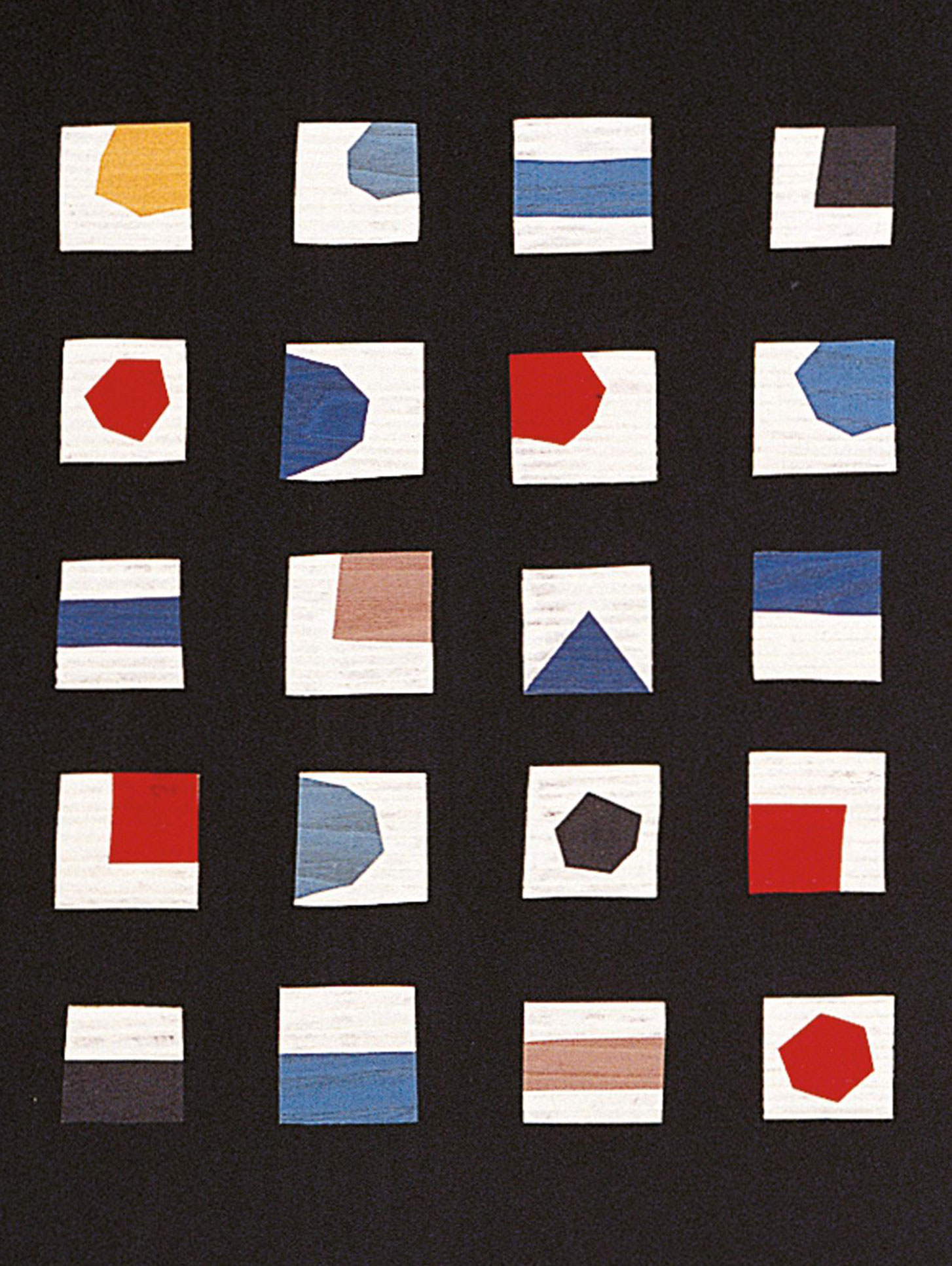 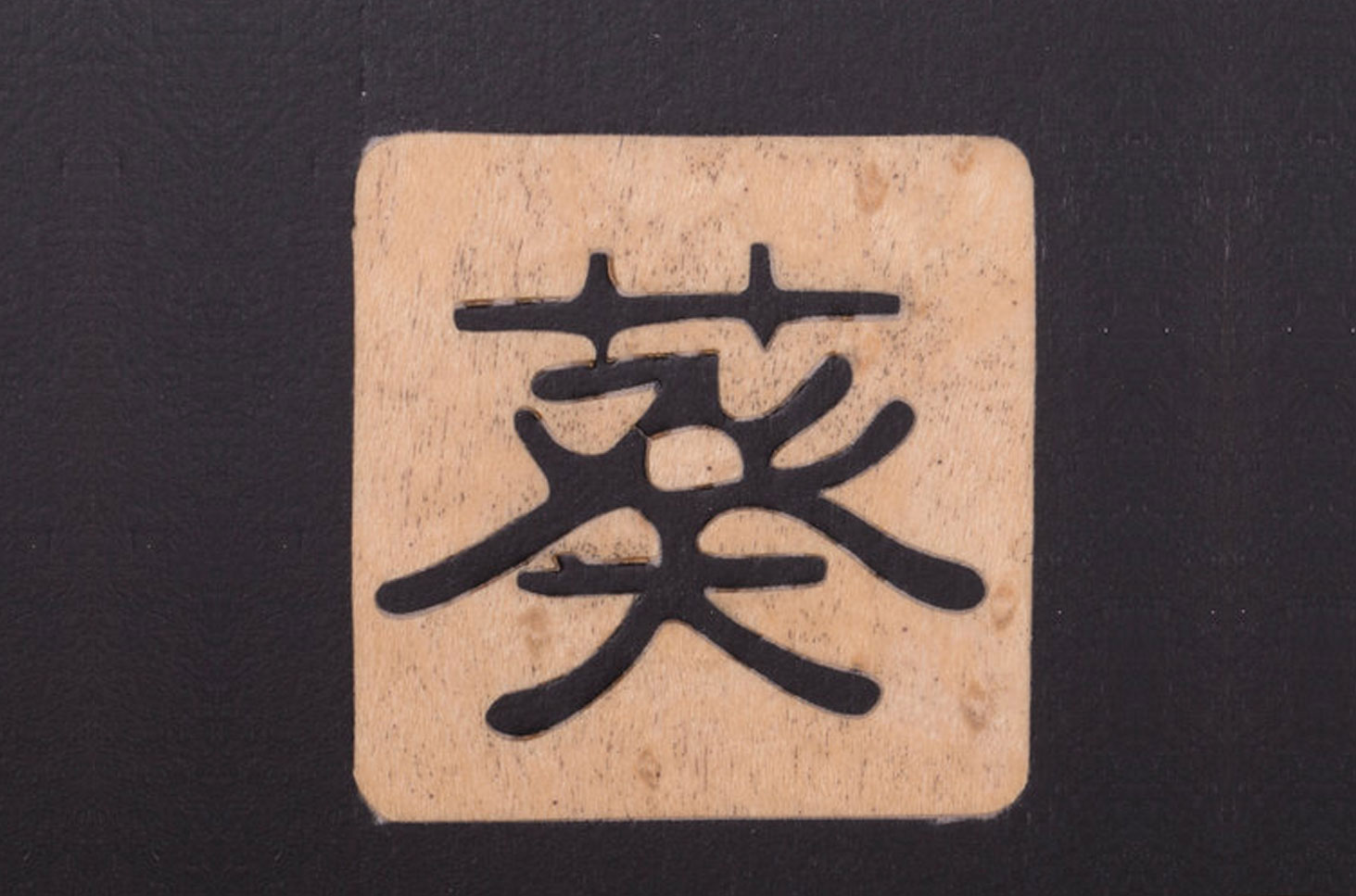 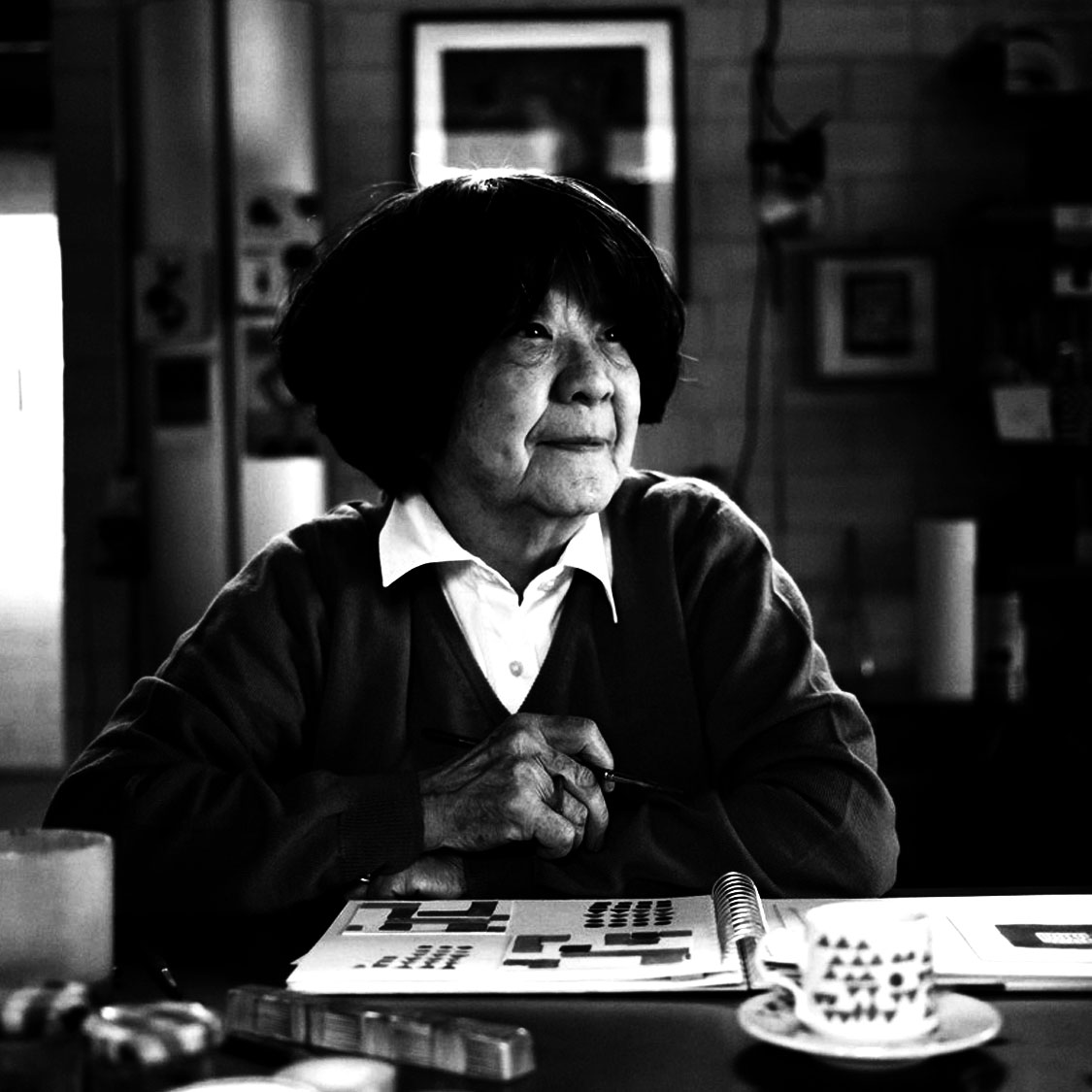 Aoi Huber Kono was born in Tokyo, her father was Tasashi Kono, a pioneer in the graphics world. After graduating from the Tokyo University of the Arts, she studied at the Royal Swedish Academy of Arts in Stockholm. In 1960 she left for Europe and settled in Milan, where she began a collaboration with Bruno Munari and the Swiss graphic designer Max Huber, whom she married in 1962. In 1976 she held her first solo exhibition in Zurich. Since then she has had several solo and group exhibitions in different countries: Switzerland, Italy, Germany, Japan, Spain, Poland. Nowadays she lives and works in Ticino, Switzerland.